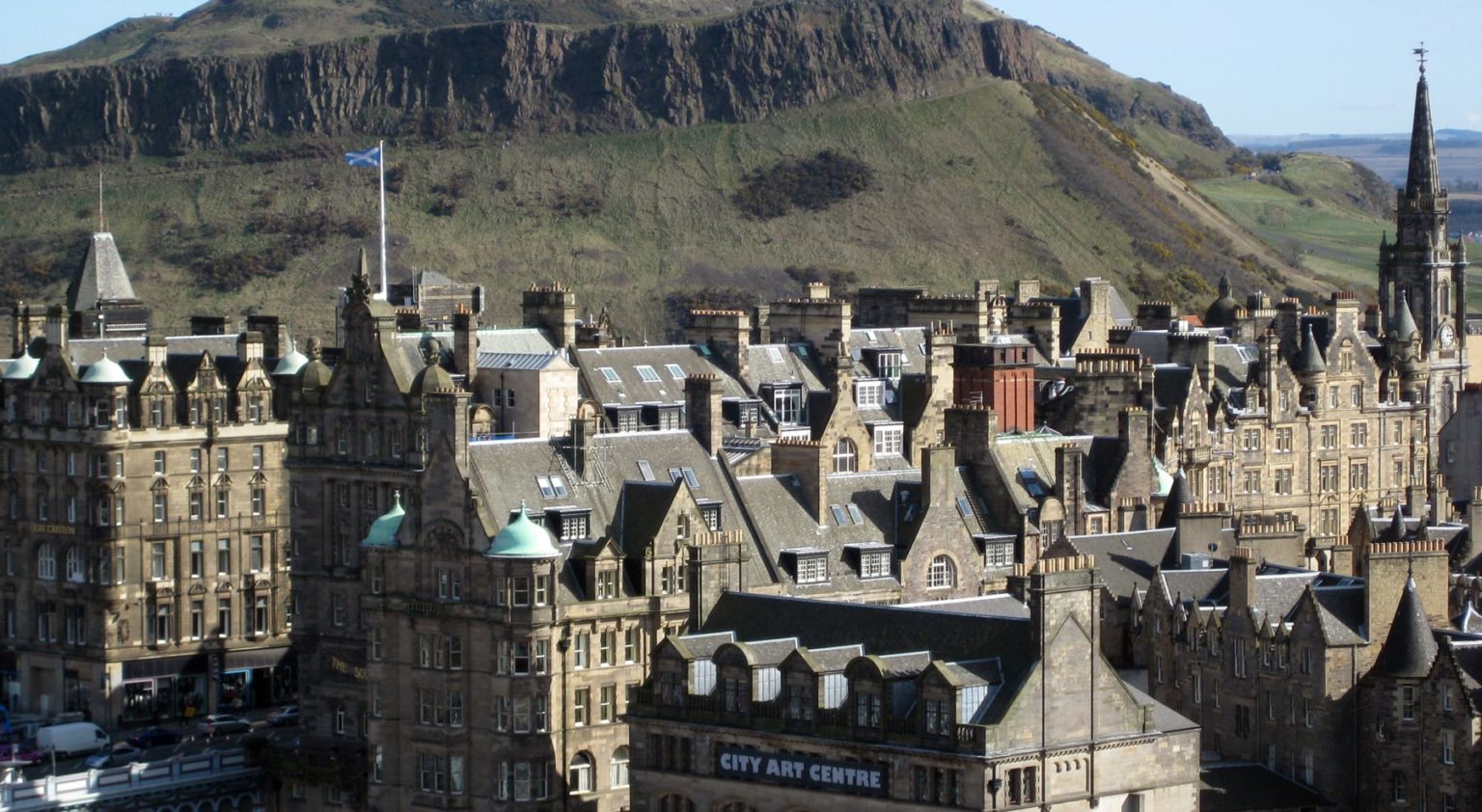 Just recently, Kimball sponsored a travel rewards trip to St. Andrews and Edinburgh for sales incentives. David McCormick and Peggy Lovio of Omega Commercial Interiors, along with their spouses, Lisa and Bob (respectively), were part of this group.

As part of the United Kingdom, Scotland covers the northern third of the island of Great Britian sharing its border with England to the south and otherwise surrounded by the Atlantic Ocean. In addition to the mainland there are 790 islands. Ninety of those are inhabited.

Edinburgh, the capitol of Scotland, is the most populated area, excluding Glasgow. The city is seat of the Scottish Government, the Scottish Parliament and the Supreme Courts of Scotland. It is also a centre of education, particularly in the fields of medicine, law, literature, the sciences and engineering. It is one of the most popular tourist destinations because of its striking historical and cultural attractions. Edinburgh lies on the southeast coast of Scotland. Human habitation dates back as far as 8500 BC. Over 4,500 of Edinburgh’s buildings are recognized by the UNESCO World Heritage Site for their unique cultural, historical and scientific significances. The renowned “windy city” has a prevailing air mass that comes from the southwest but typically remains at moderate temperatures which rarely fall below freezing during the day in the winter and rarely succeed 80 degrees fahrenheit in the summer.

Just 30 miles northeast of Edinburgh, lies St. Andrews, “the home of golf.” The city is the most frequent venue for The Open Championship, which is the oldest of the four major championships. St. Andrews has several courses ranked amongst the finest in the world. It is also very well known for its beautiful sandy beaches.

Just recently, Kimball sponsored a travel rewards trip to St. Andrews and Edinburgh for sales incentives. David McCormick and Peggy Lovio of Omega Commercial Interiors, along with their spouses, Lisa and Bob (respectively), were part of this group. Omega Commercial Interiors is a select dealer for Kimball. A “Select Dealer” has the highest level of partnership between a dealership and Kimball Office. Select Dealers represent Kimball differentiating their companies by delivering exemplary customer service and exceptional value through the integration of an array of Kimball Office products. Kimball’s award winning furniture inspires productivity and collaboration with an emphasis on design and sustainability.

David McCormick said that the stepping back in time and culture was nothing like he had ever experienced. “The Kilts and Sashes were fun and a great venture”, said David, “and the trip was organized to the tee. We enjoyed our stays in the Waldorf of Astoria in Edinburgh and the Fairmont Hotel in St. Andrews. While we played golf on one of the finest golf courses in St. Andrews, the women went on a Scotch Whiskey Distillery Tour. We also toured the Edinburgh Castle and had a formal dinner at a royal country estate.”

Skip back to main navigation